Showing posts from January, 2014
Show all

These stories really get to me.

- January 29, 2014
If you live in or around the Pittsburgh area, you know right now there is a deadly batch of heroin going around western PA. People do a bag (I don't know if that is the right way to say it), and then they typically die. The more hardcore druggies might not die from that bag, but they will likely end up in the ER. In about about 10 days, 22 people have died from it. For the love of Pete, the story made the LA Times.

It sickens me, for many reasons.

First, I hate needles. I am very open about that. My fear of needles had kept me from getting a tetanus booster for 17 years. So I cannot even fathom wanting to do drugs via a needle.

Second, I have never gotten over the movie Transpotting. I watched that in 1996 or '97 at a theater in Oakland (the name escapes me, but it is no longer there). I to this day am still haunted by scenes from that movie, which chronicled the heroin use of a handful of young men in Scotland.

Third, like the vast majority of people, I know addicts. Some are…
2 comments
Read more

- January 26, 2014
Yesterday on Facebook, a former client from a previous job announced that her pre-teen daughter purged all of her Justin Bieber stuff, thanks to his latest round of idiotic and, more importantly, illegal behavior. It reminded of when people gave away their Ben Roethlisberger jerseys a few years back, though I must still note Big Ben was neither arrested for nor convicted of anything.

When I was in college, I was a fan of Milli Vanilli. I found their tunes to be catchy, and Rob Pilatus, a looker. But when the truth came out about their lip-synching, my roommate and I ripped the poster of the duo right off our dorm room wall. Not that same thing at all, but sort of, maybe?

I am not a regular concert goer. In fact, if I stopped and counted, I bet I could not come up with much more than a dozen concerts I have attended in my lifetime (if I count local bands/bars, the number is much, much higher). The reasons for the lack of concerts are varied, but money and convenience are big factors.

- January 18, 2014
Sometimes Person A will tell you something that happened, which happened to involve Person B. And then Person B has a slightly different take on it. Both believe their version is the truth. Whom do you believe?

There are people in life who lie. This happens pretty much every day, particularly with politicians. I am sorry to say, but at this point I almost refuse to believe anything that comes out of an elected official's mouth, regardless of political party. Sometimes they are just going with the whole CYA strategy. Other times they might actually be convincing themselves that they have it right. Maybe their fingers are crossed?

We also see this with (mostly college) coaches. How many of them say that this is their dream job and they are here for the kids. And then a few weeks or months, or maybe even a year, later they have found another "dream" job. (I do realize people can change their minds. And, yes, I am speaking about Penn State, now that the tables are turned on …
1 comment
Read more

I hope I have not ruined her forever.

- January 15, 2014
In more than one blog post, I have talked about my failings as a parent. I don't know how specific I have gotten. But one of my failings has really come to light lately. Well, I guess it is really two related things, which can be summed up with two phrases: too much and not enough

First of all, I do too much for my kid. I complain about and to J that she does little, but I never seem to follow through. For many years, she has taken her dishes to the kitchen after each meal, which was more than my brothers ever did when I was in charge of the dishes beginning in 4th grade (yes, I remember that). But that is usually where it ends. Then again, my hubby has trouble locating the dishwasher, so she may get it honestly (note that the hubby really does a lot of stuff; he just can't seem to open the dishwasher). Tonight I had her sweep the floor, and it was painful to watch. Which was exactly how it was when I asked her to do this a month ago. I guess I just don't have the patience…
Post a Comment
Read more

This part of winter I had forgotten about. 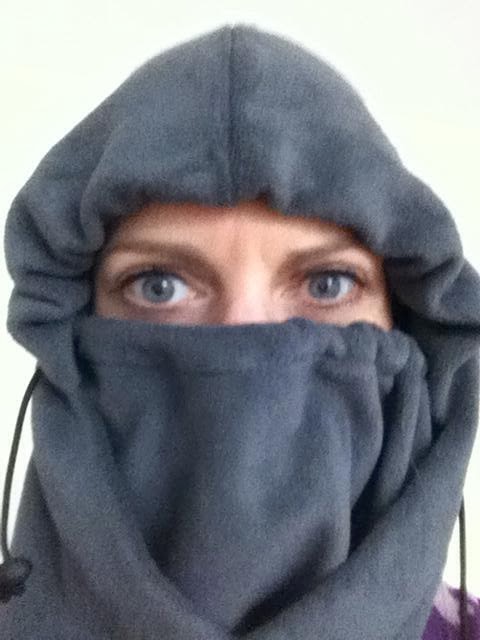 I am convinced I have one of the shortest memories. Before I accepted my current job, just before Easter last year, I thought (and by thought, I really mean fretted) about summer child care, which was something I had not had to think about ever. J started out at an at-home daycare when she was about four months old and she continued going there until she went to kindergarten. I was out of work a few months before kindergarten ended, so summer care was not an issue.

But this spring, we worried and searched and ended up finding a place for J to go to this past summer with with we were mostly happy. And then school started back up again, where J also attends after-school care five days a week. So I thought we were all set. Yes, there are days off here and there throughout the school year, but between my job's nice holiday time off and a friend and a few relatives, we work it out. It helps that we know about those days at the beginning of the year.

- January 02, 2014
On Facebook this week, a handful of people said good riddance to 2013. The self-absorbed person in me was surprised to read that. What? People had bad years? But then I remembered, it is not all about me, and others have had crap handed to them.

At the end of 2009, I am pretty sure I would have called it a good year. Yes, I was laid off after almost 13 years at the same place. But I had unemployment comp, subbing, and a tiny bit of freelance work to keep us going, and, more importantly, I got to spend time with my kid! But, just as significant in my mind, both the Steelers and the Pens won championships! That was seriously such a fantastic year for Pittsburgh sports. I still smile when I think about it.:-)

I don't have strong feelings about 2010-2012. I don't recall anything too great or awful; and nothing really significant must have happened. Oh, wait, I just remembered now, my mom was sick in 2010. But, hey, she got better! I guess time really does diminish some memories.